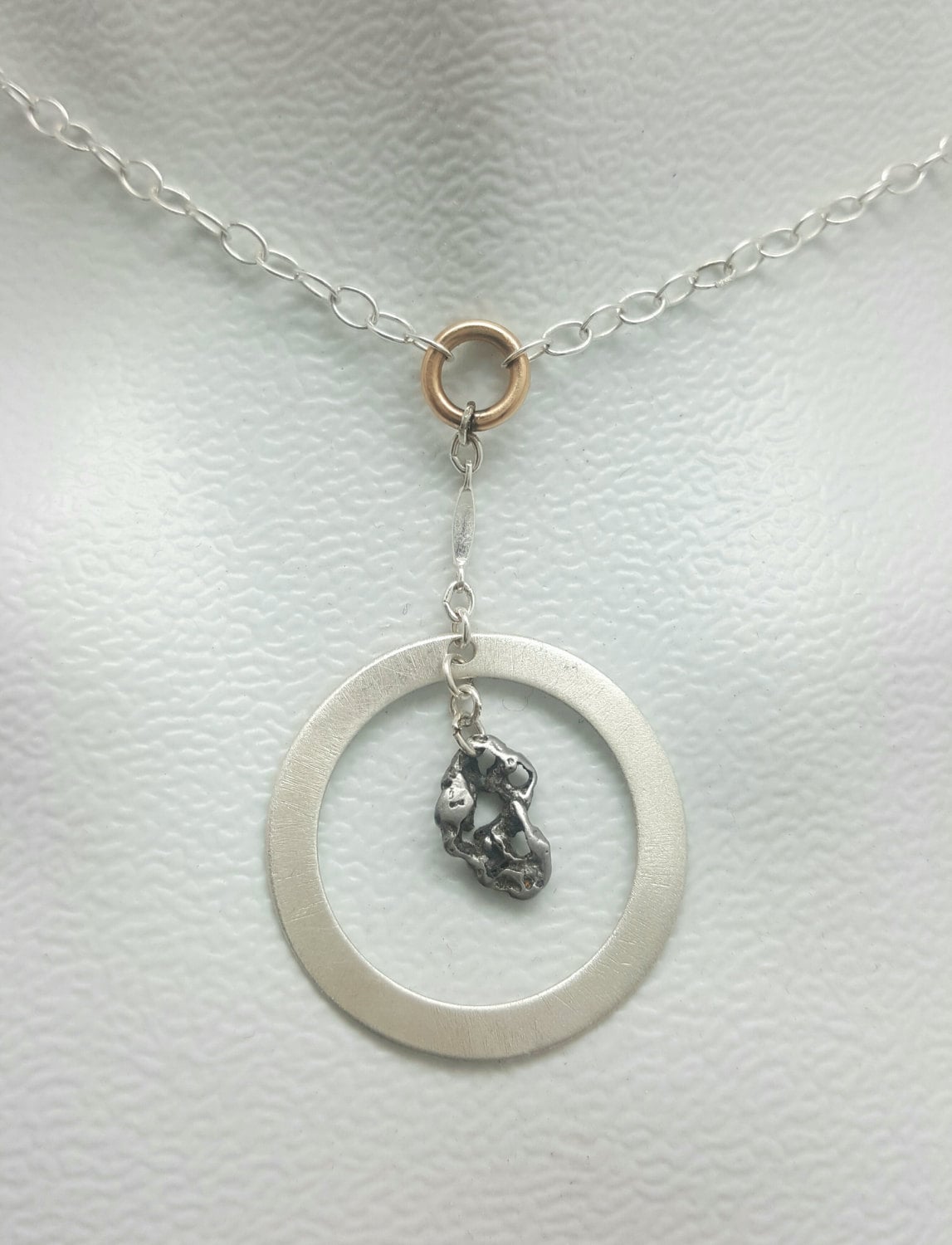 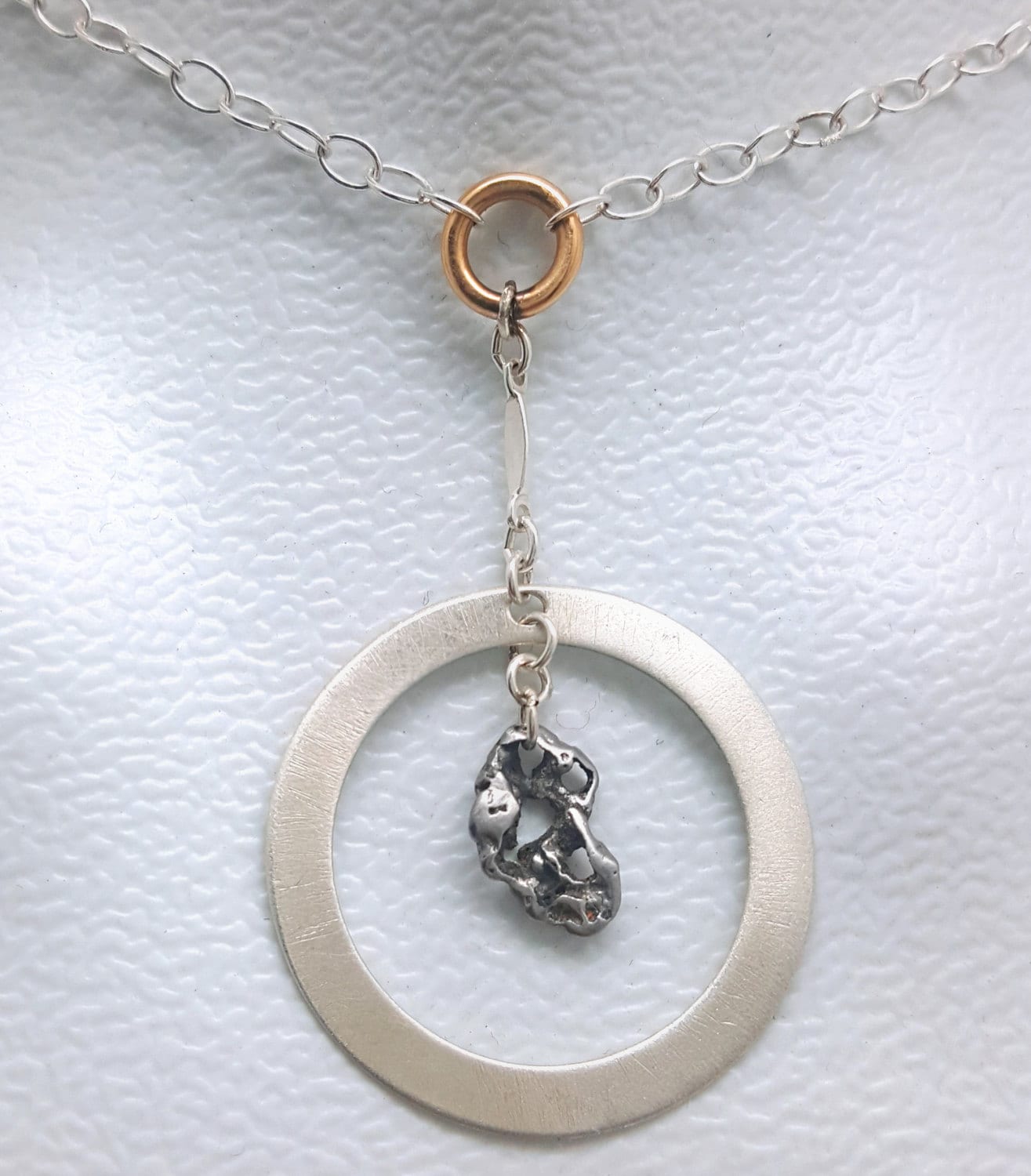 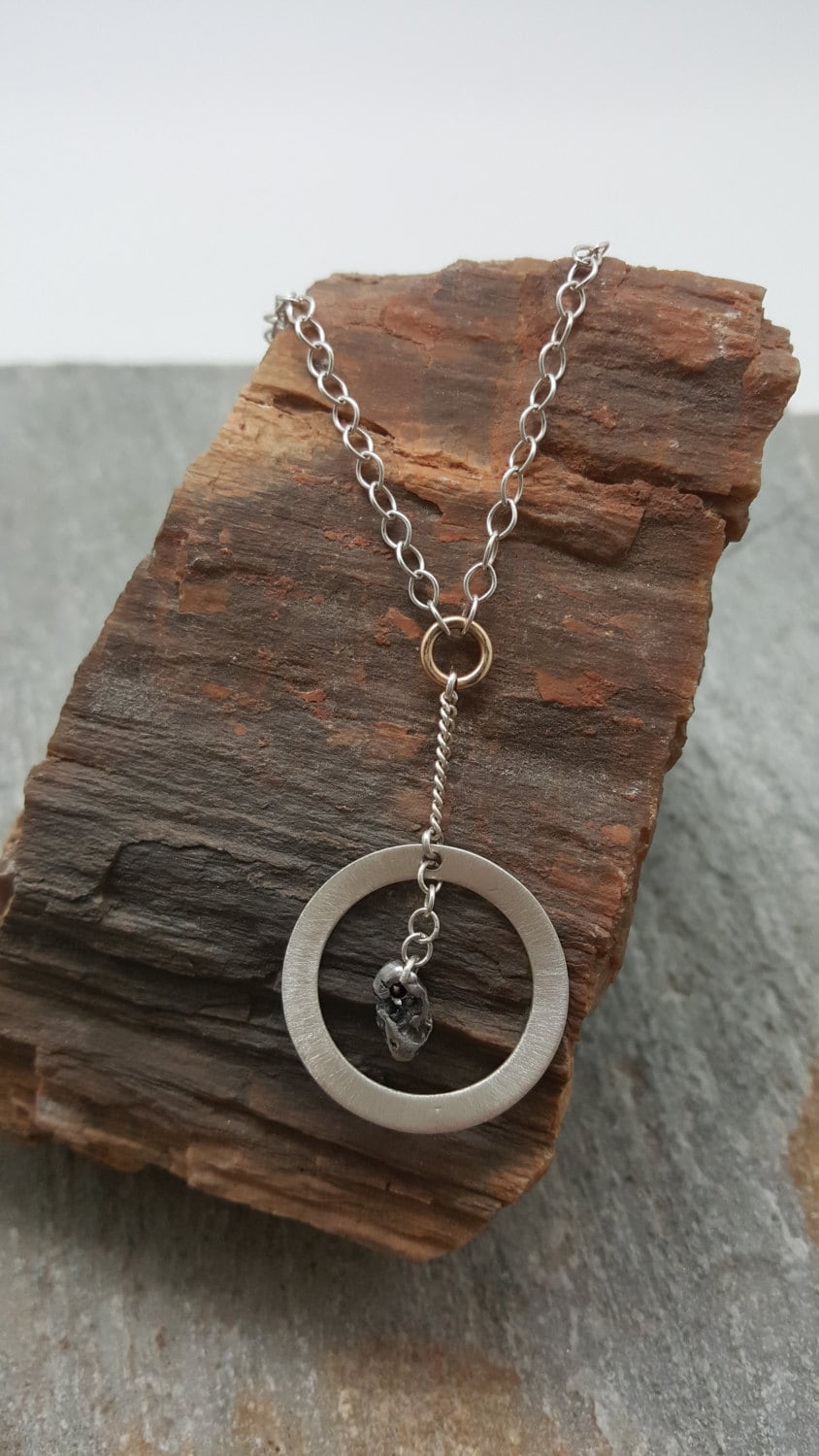 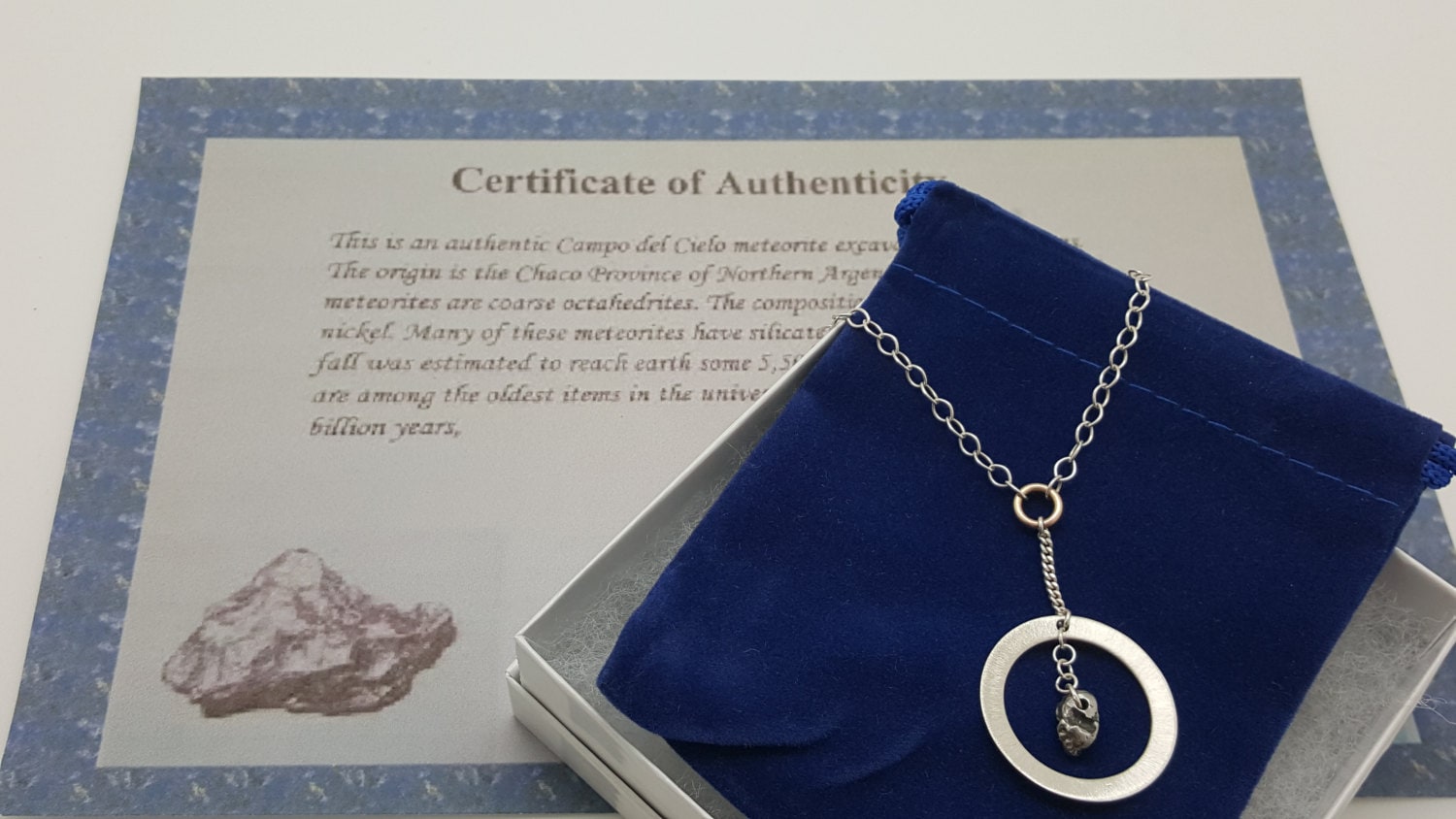 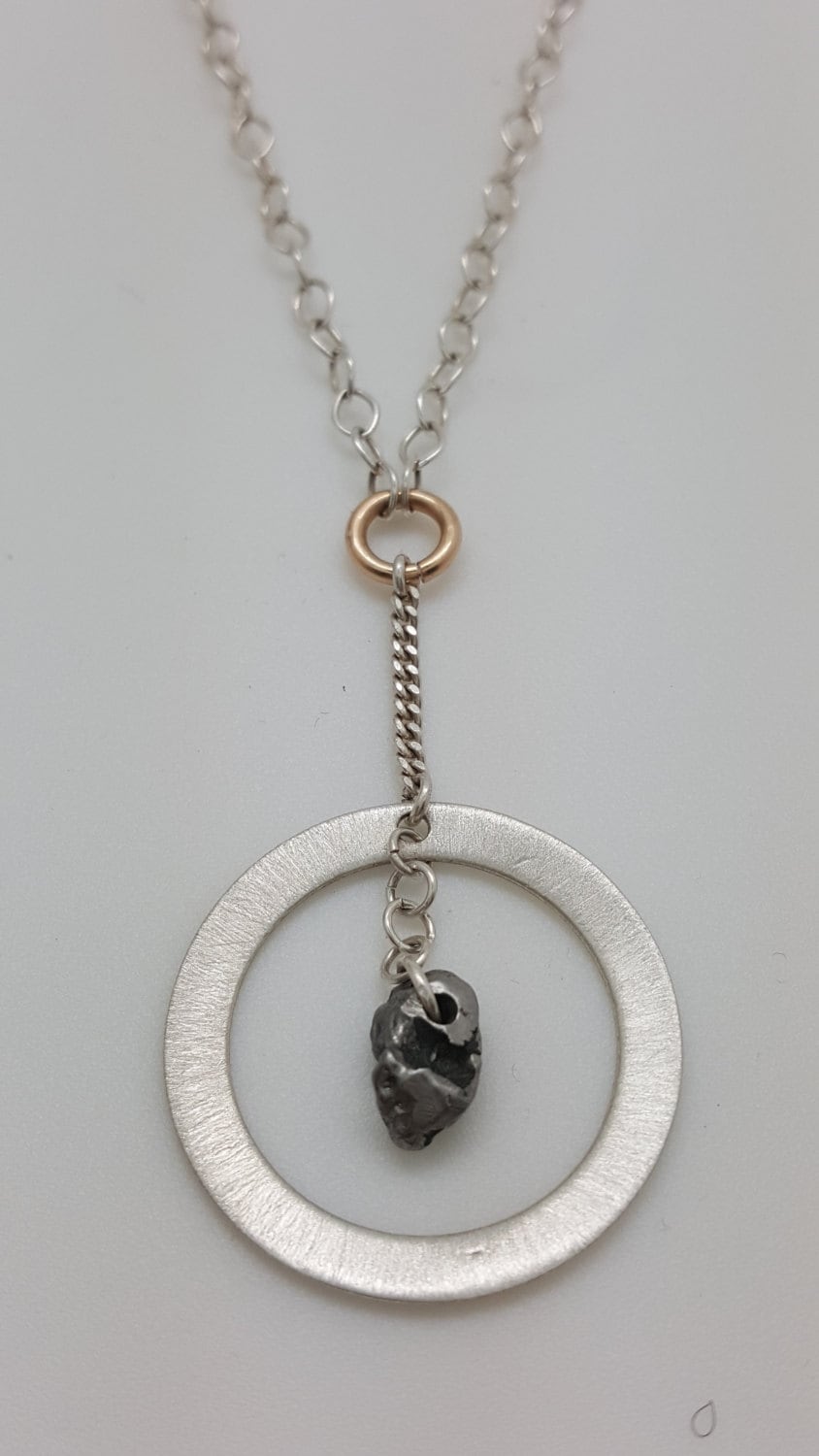 Graduation Gifts Meteorite Y Necklace is the closest you can get to giving the moon and the stars! This sterling silver Y necklace includes certificate of authenticity.

The Meteorite pendant hangs from a gold filled ring and makes me want to sing...."you might be swinging on a star!
Meaning that all dreams are special and worth thinking about!

++Each necklace is handmade and will vary slightly

Symbolically it does have special meaning. A "falling star" or a "shooting star" has nothing at all to do with a star! These amazing streaks of light you can sometimes see in the night sky are caused by tiny bits of dust and rock called meteoroids falling into the Earth's atmosphere and burning up. The short-lived trail of light the burning meteoroid produces is called a meteor. Meteors are commonly called falling stars or shooting stars. If any part of the meteoroid survives burning up and actually hits the Earth, that remaining bit is then called a meteorite. This sterling silver Y Necklace arrives in gift box with velvet pouch and certificate of authenticity.


What is gold fill? Gold-filled items are 5 to 10 times thicker than regular gold plating, and 15 to 25 times thicker than gold electroplate. When they are worn daily they do not chip of flake like a plating would do. The use of a gold filled ring here makes the pendant pop just slightly. I would still not consider this to be a silver and gold look but it does make a nice accent.

Sterling Silver Pendant drop 2"
Sterling Silver Chain 18"
Hand Sculpted Meteorite
This Y necklace is Dainty and lightweight making it the perfect necklace to be worn everyday as well as for dressy occasions.