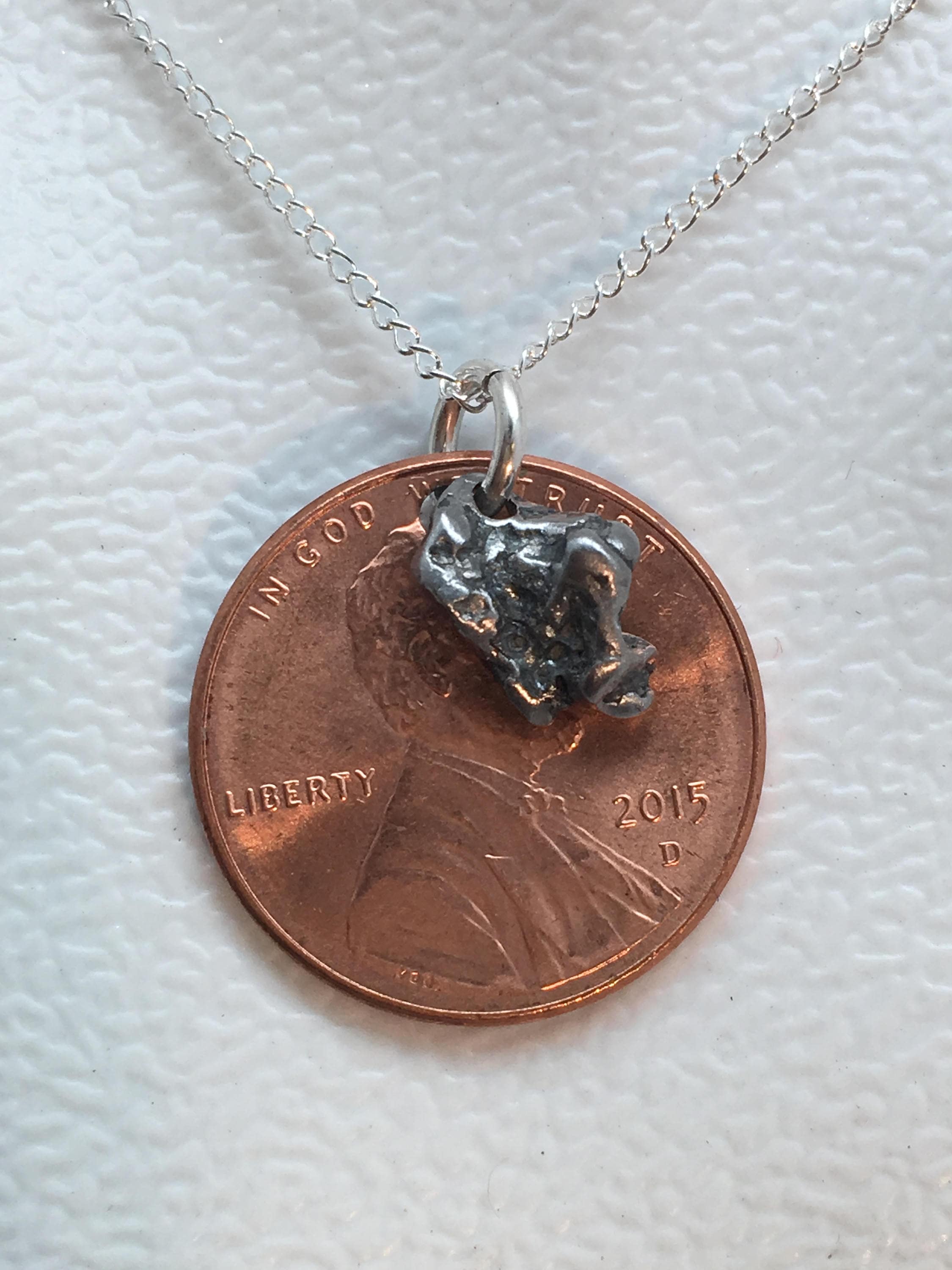 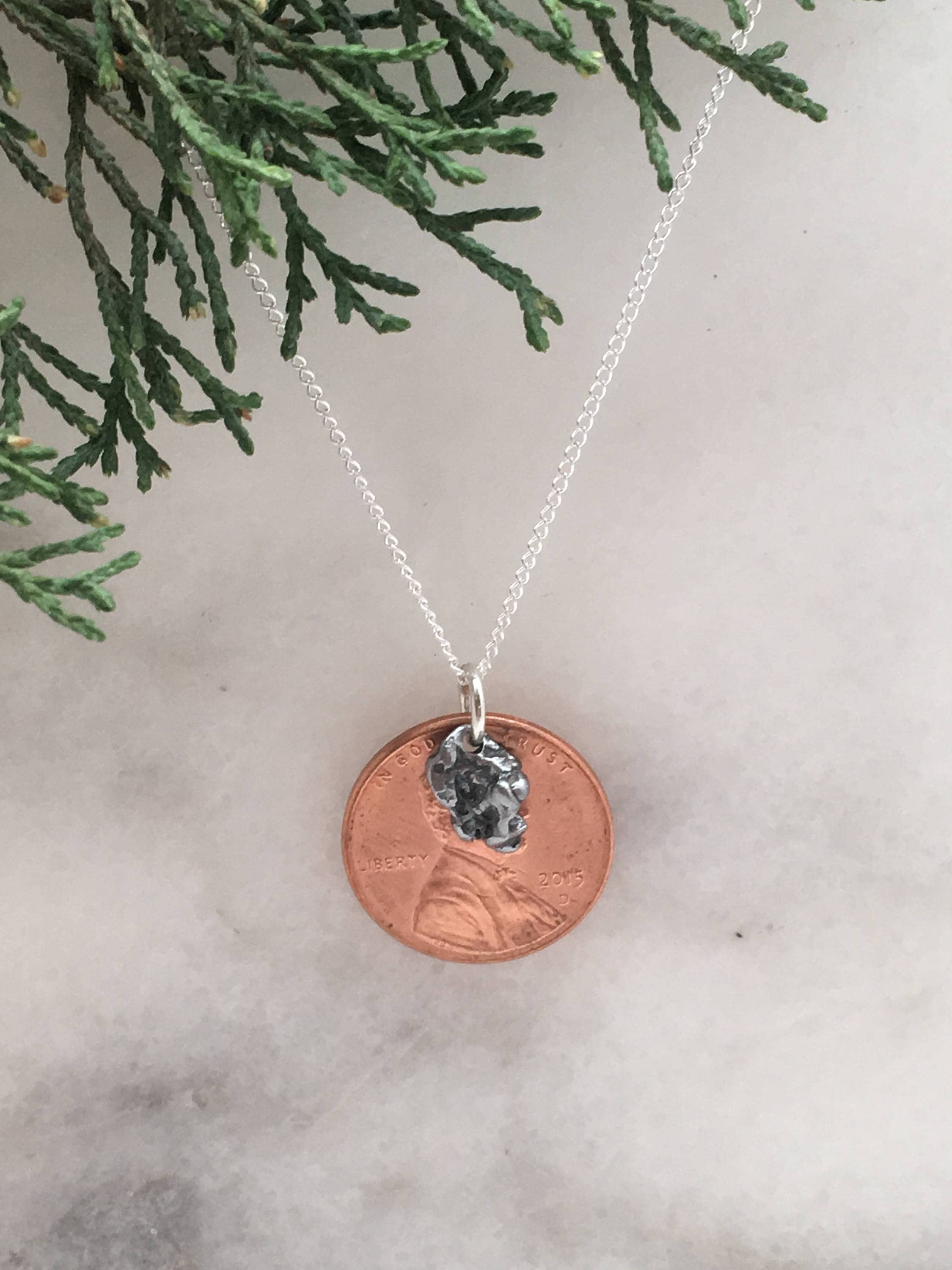 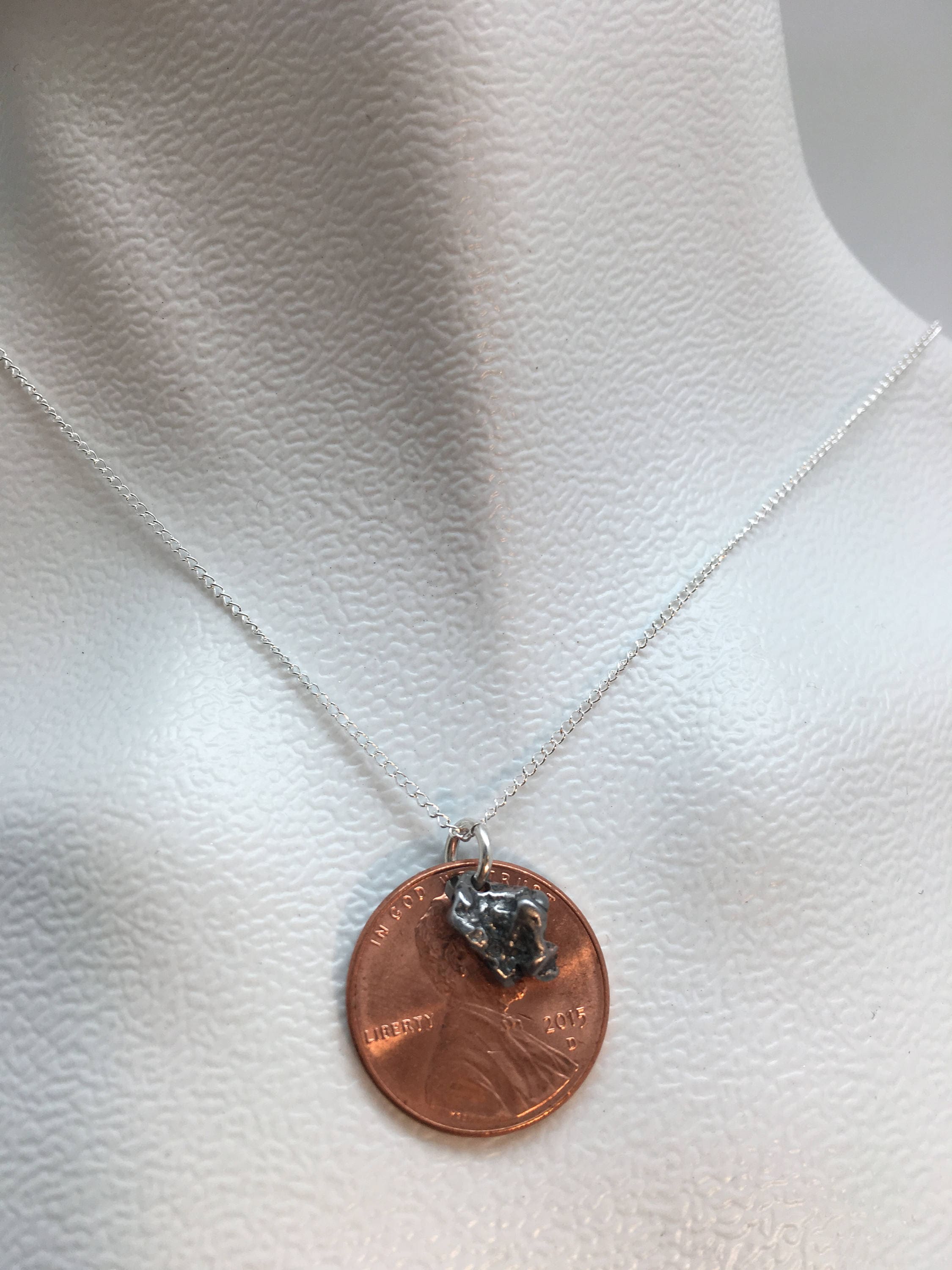 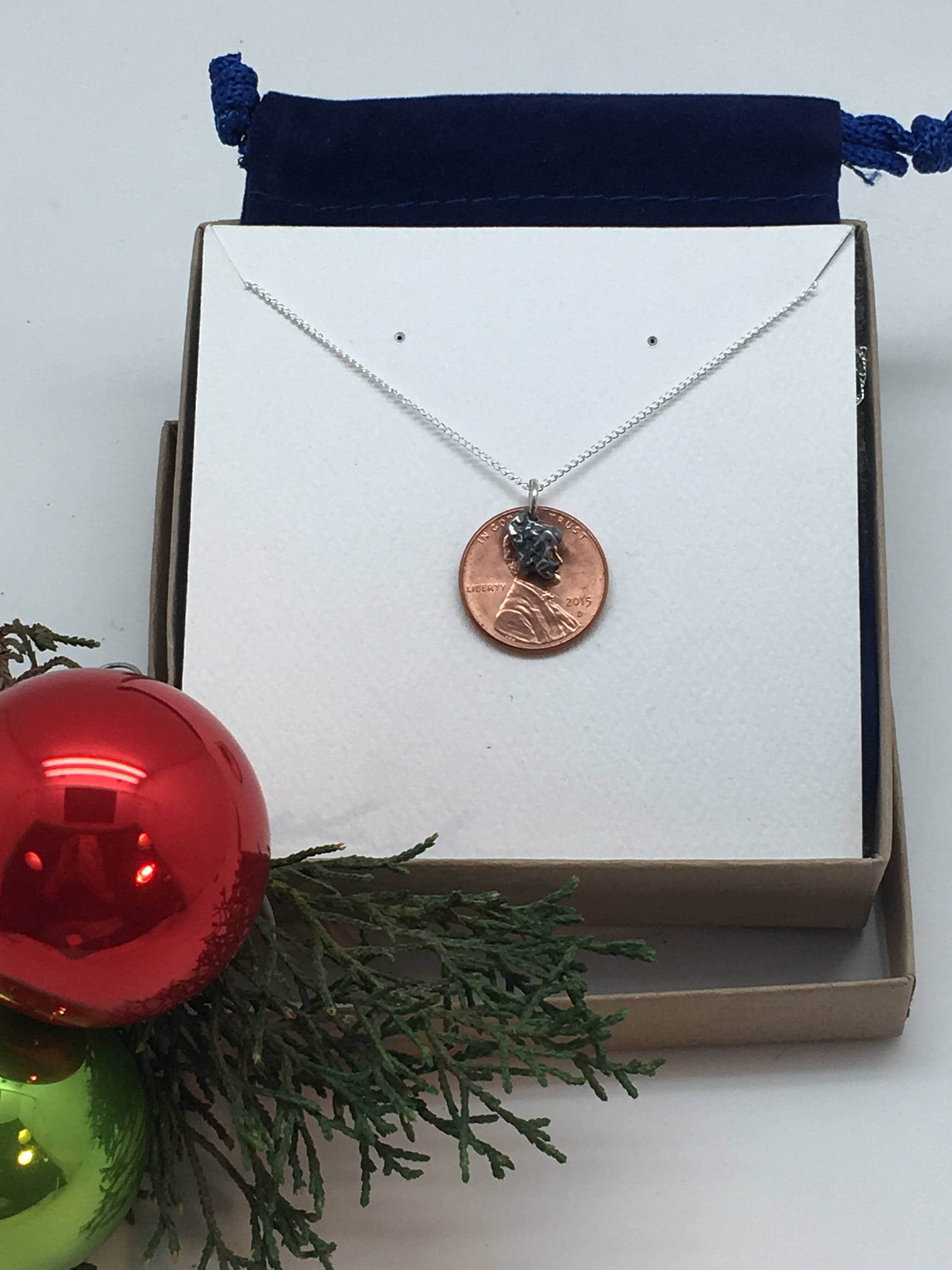 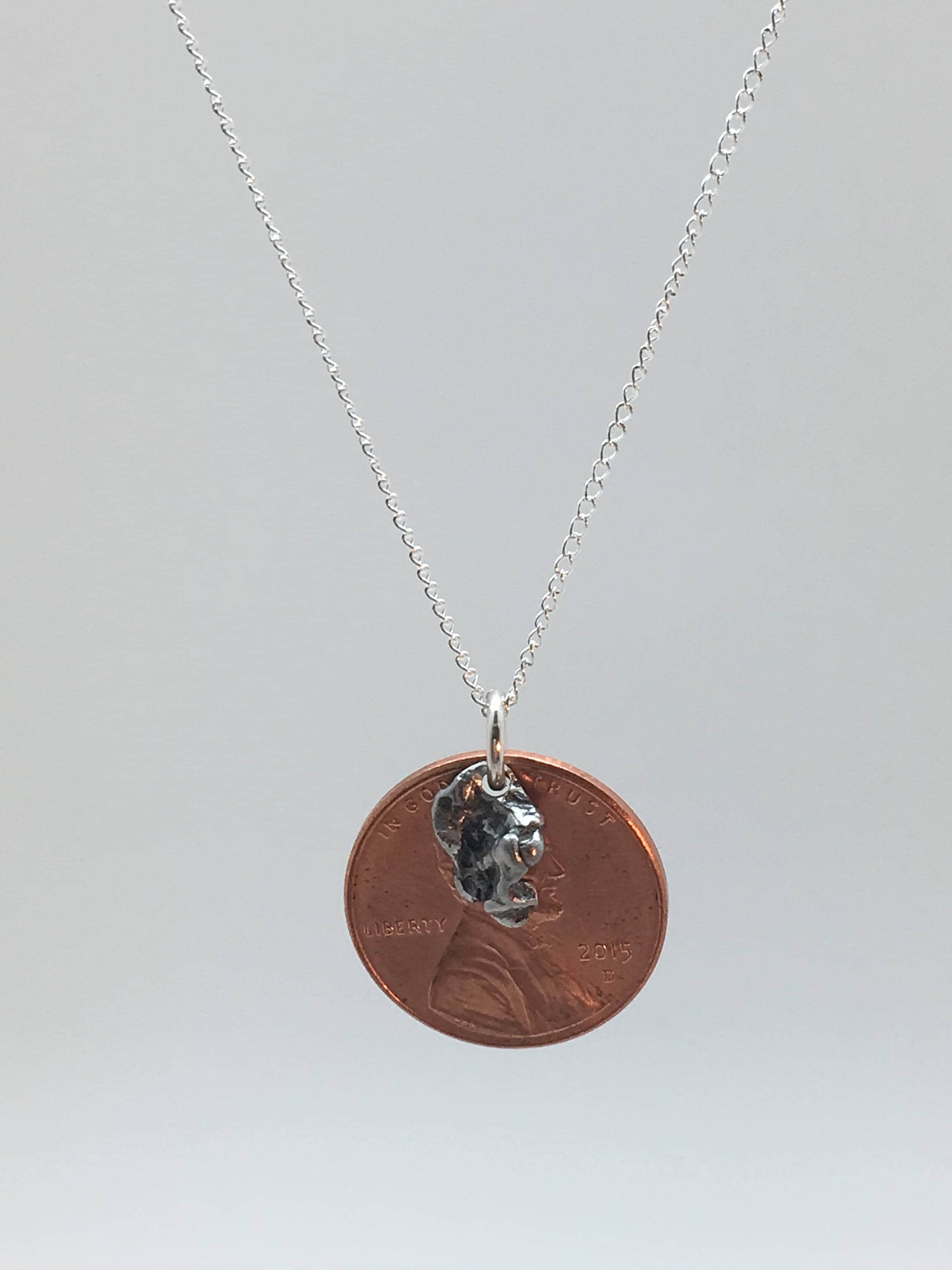 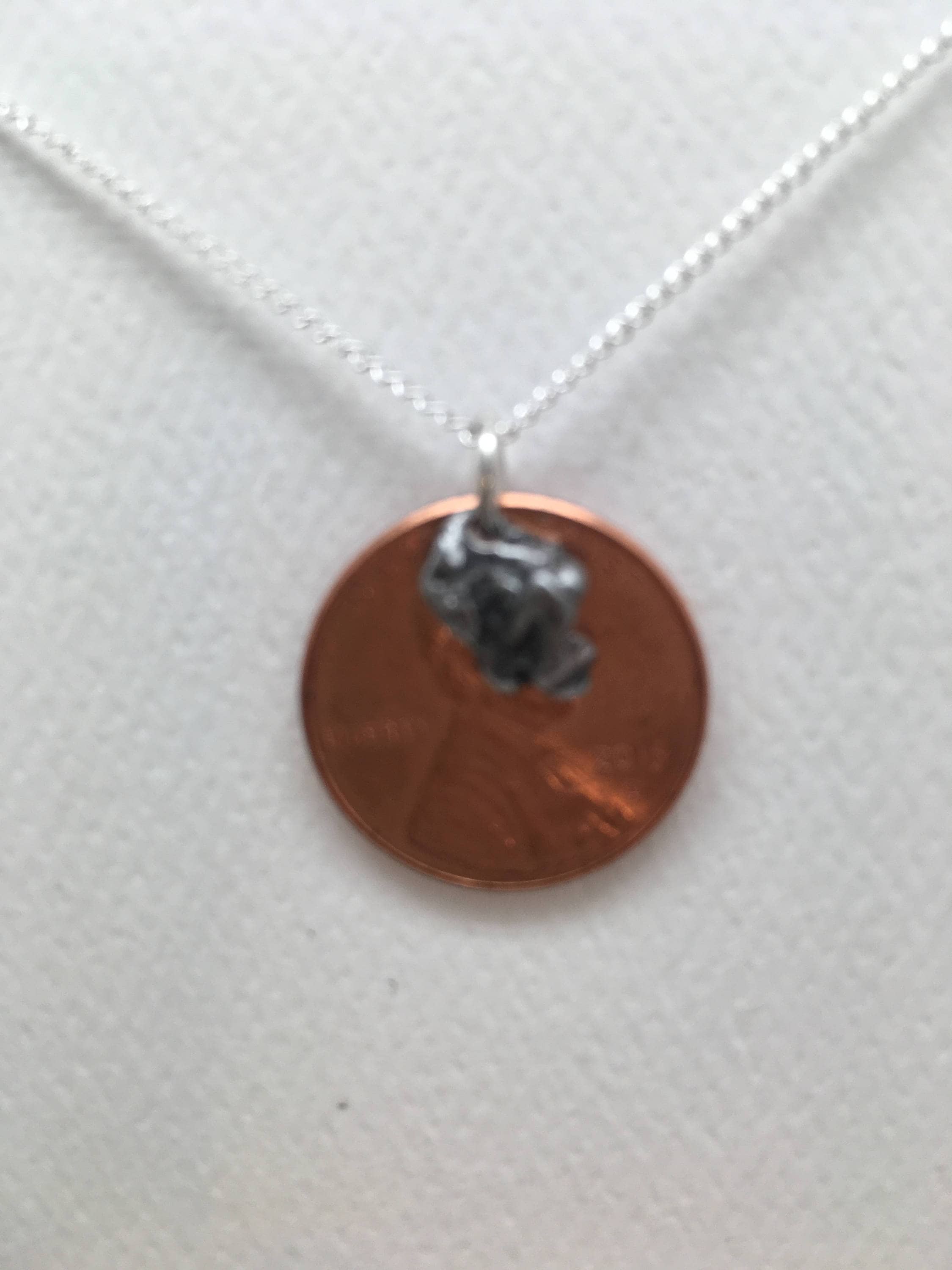 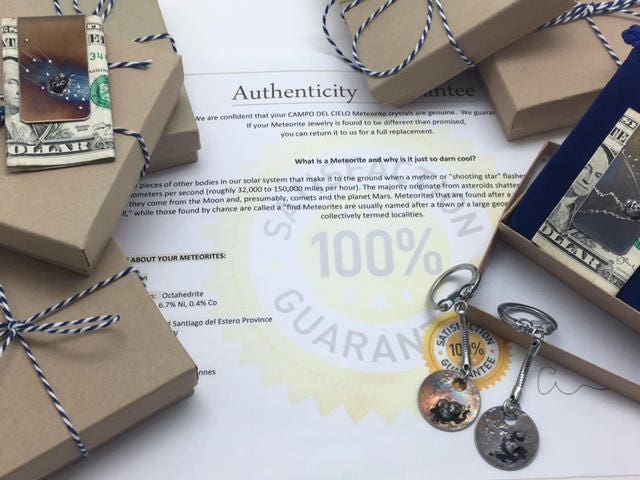 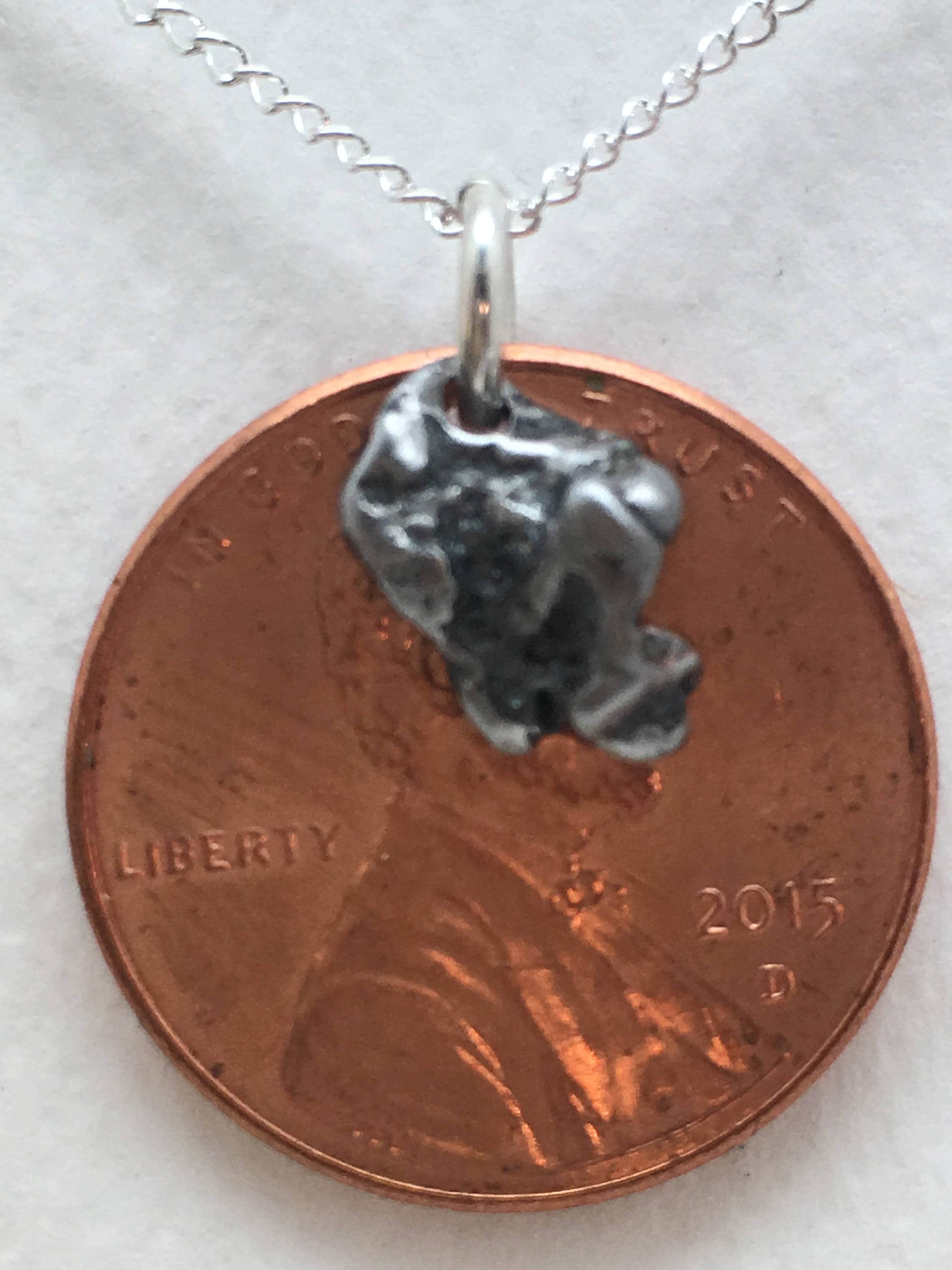 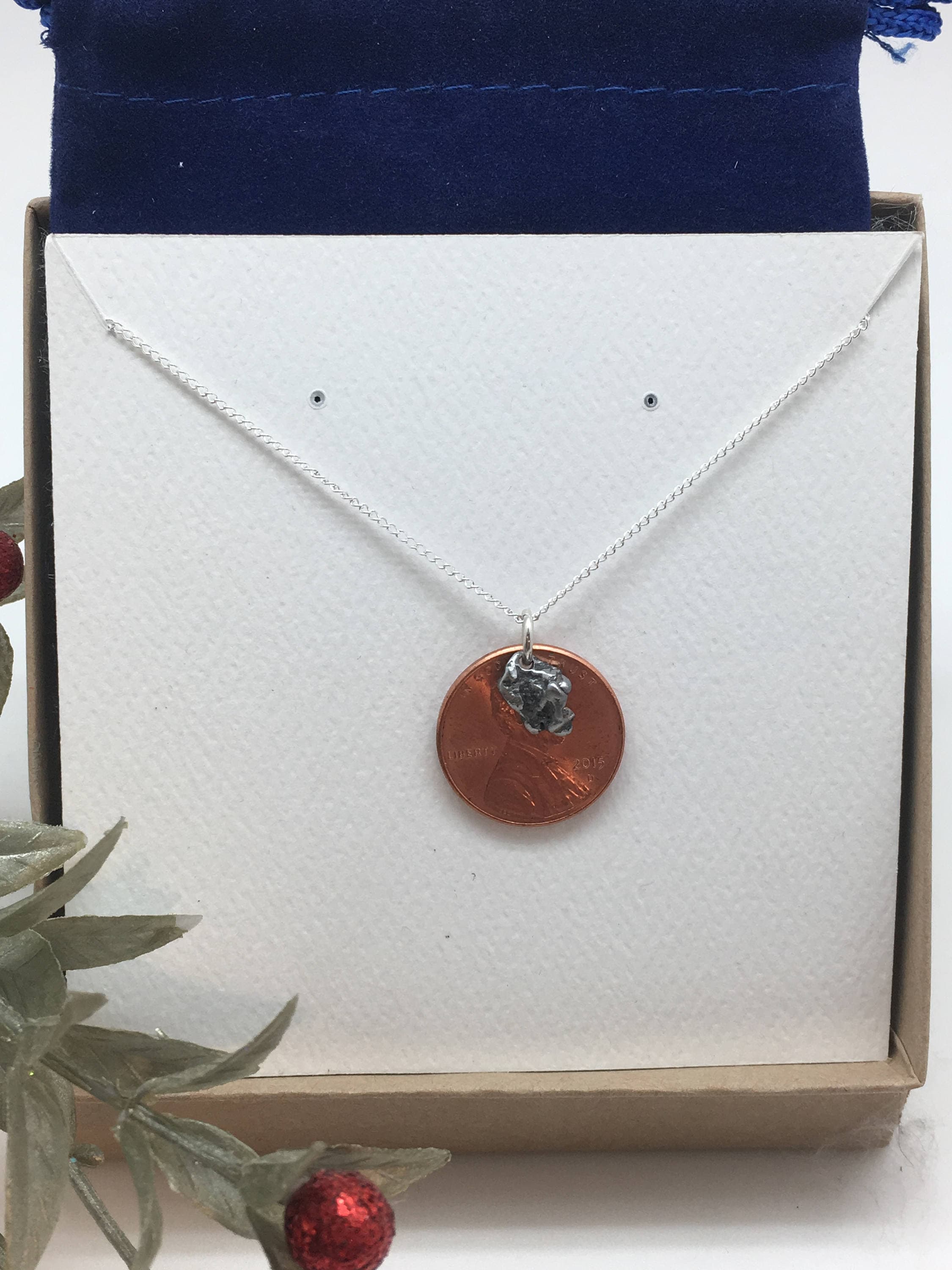 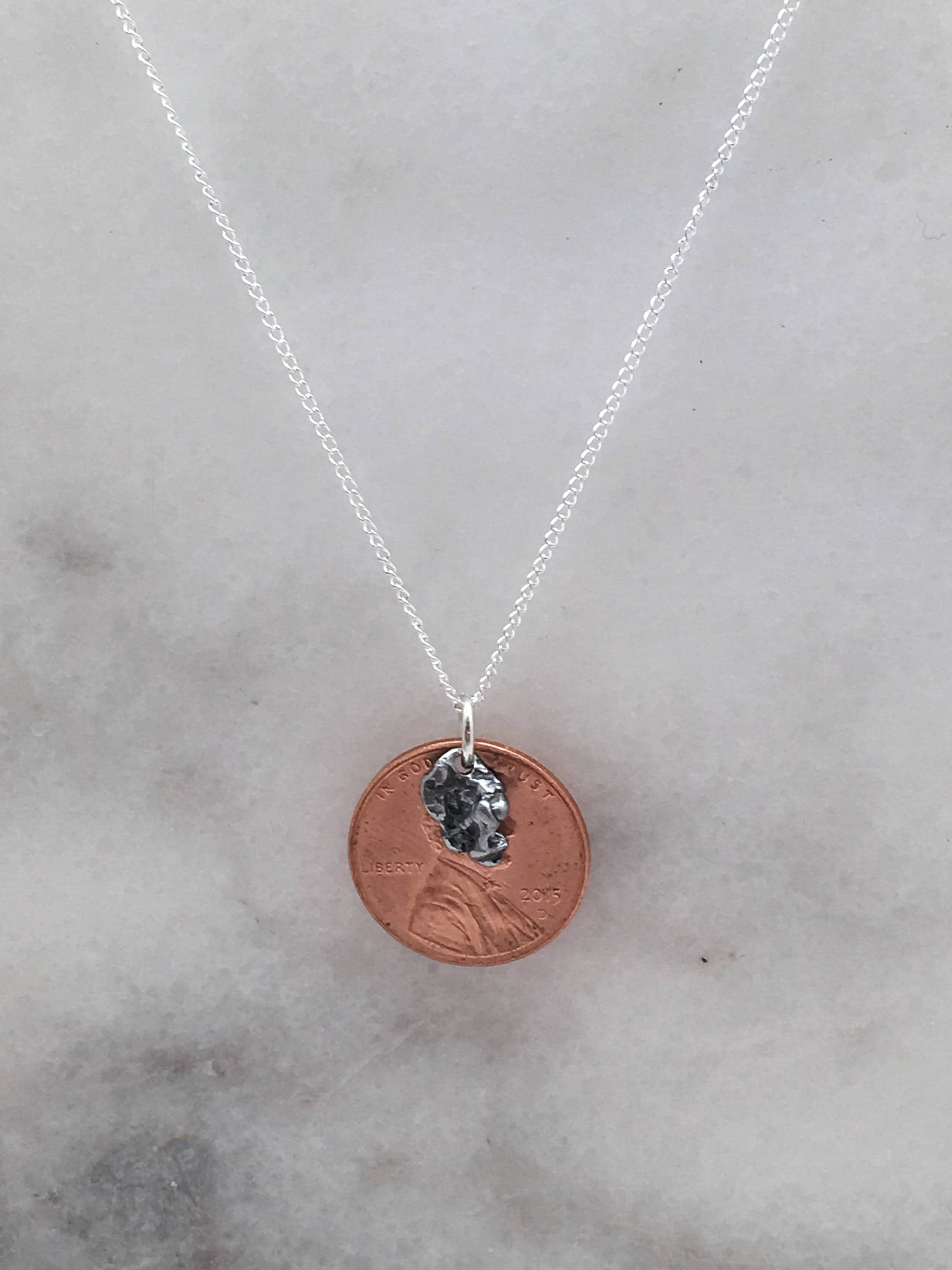 Meteorite Lucky Penny Necklace ~ Meteorite Necklace in sterling silver with Star! When people think they are seeing a shooting star it is not a star at all.
So how much more lucky can you get? If you would like a custom one done to a year please select that option and message me.
+++ This does not apply to wheat penny years :>)

A shooting star is not actually a star, nor does it shoot. A shooting star is officially called a meteor, a chunk of extraterrestrial rock pulled into the Earth's atmosphere by gravity. Most meteors are closer to dust or sand in size, not the large boulders frequently seen in science fiction movies. As these tiny fragments of rock fall through the Earth's outer layers of air, they experience a build-up of frictional heat. The individual particles glow brightly as they continue to fall and burn up. Observers on the ground may catch aaa fleeting glimpse of the shooting star as it streaks across the night sky.