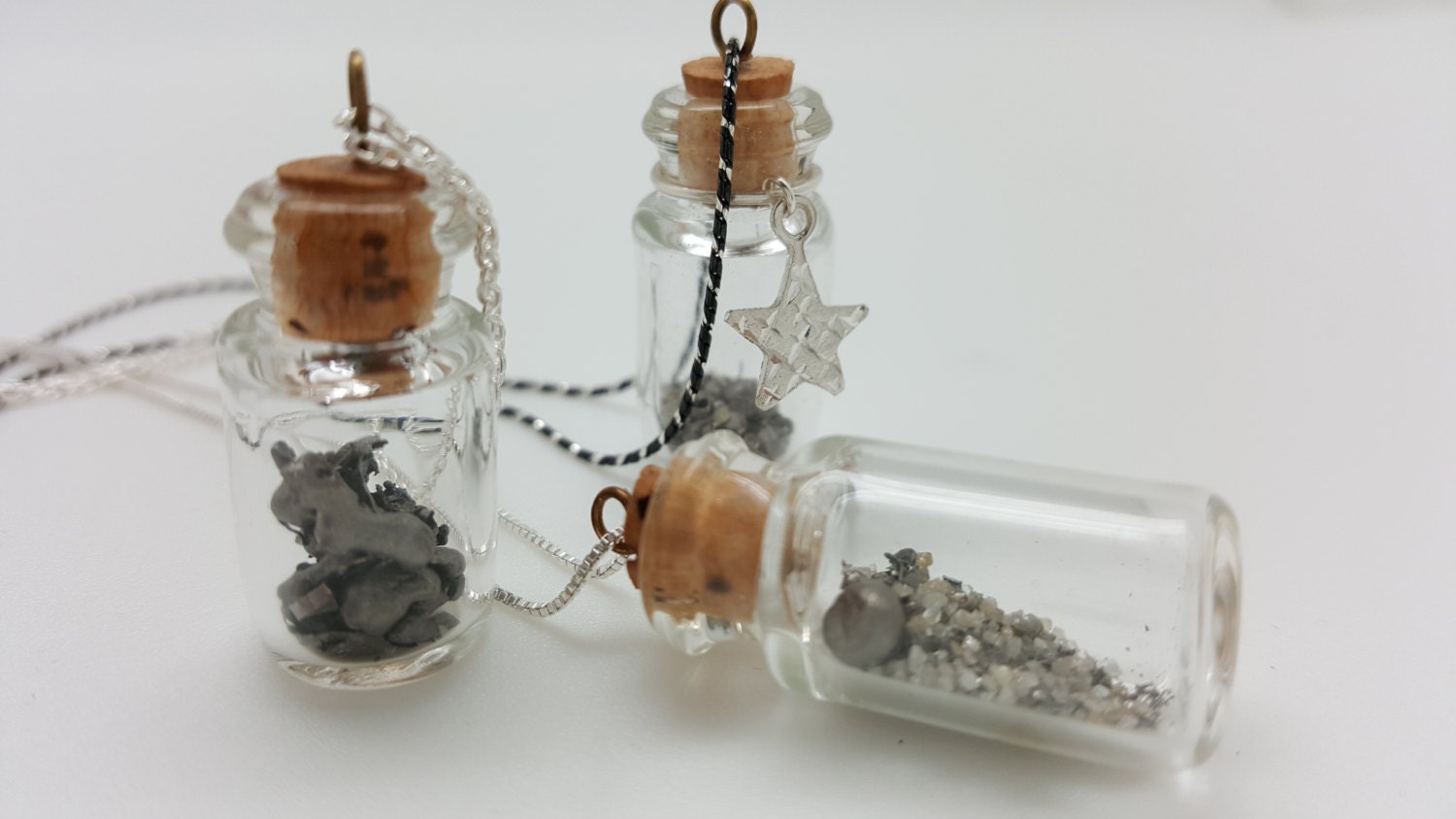 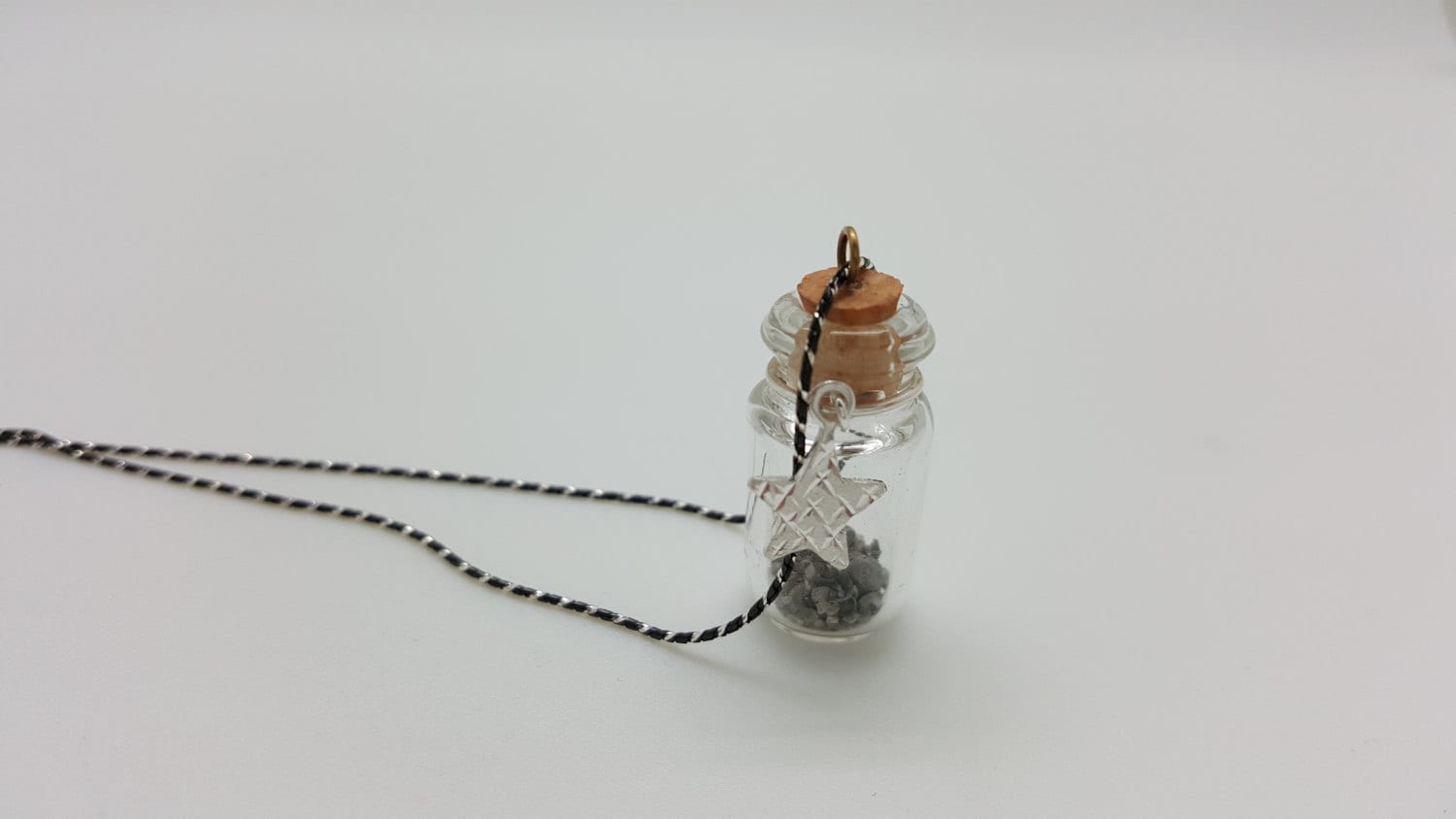 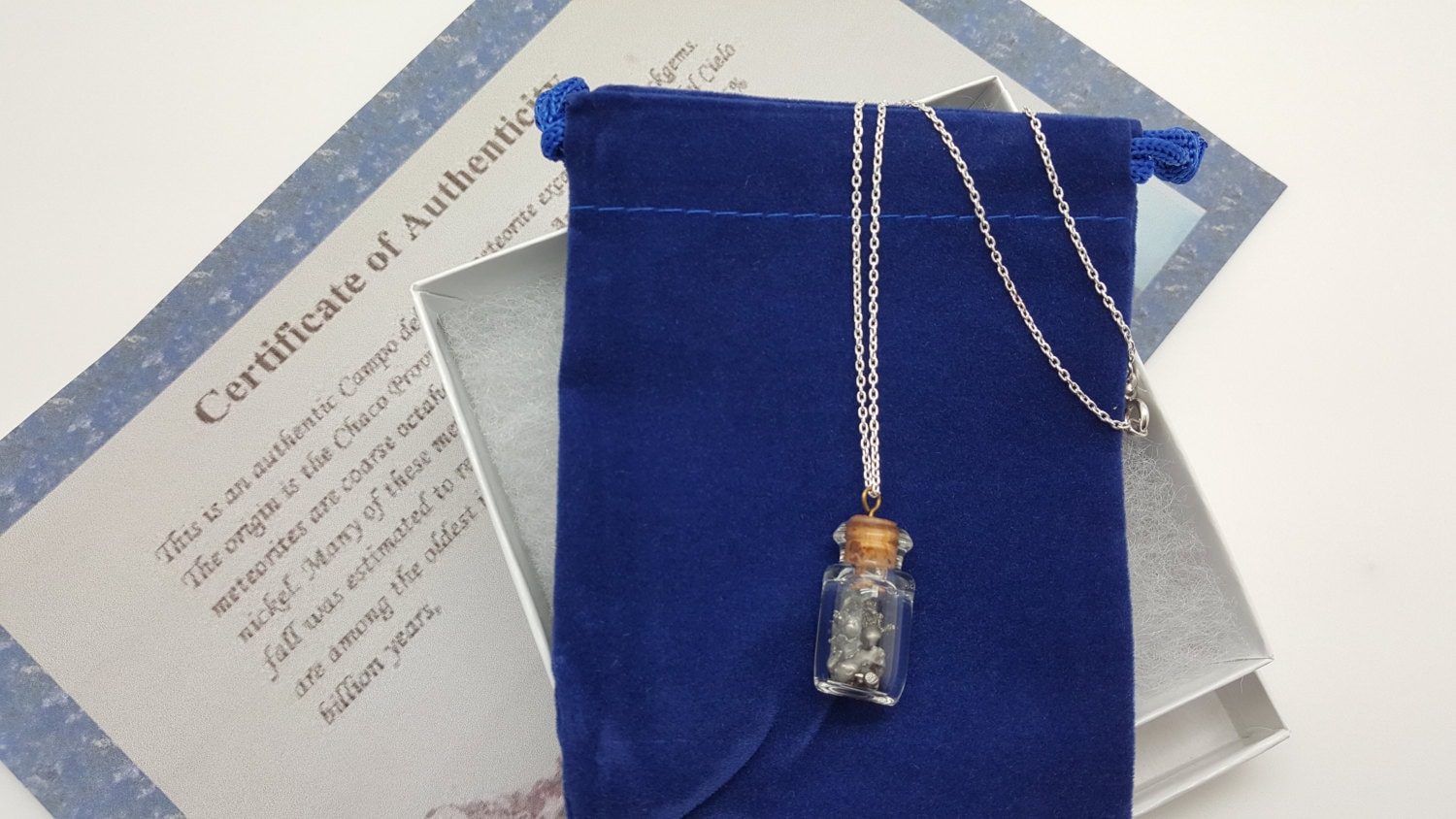 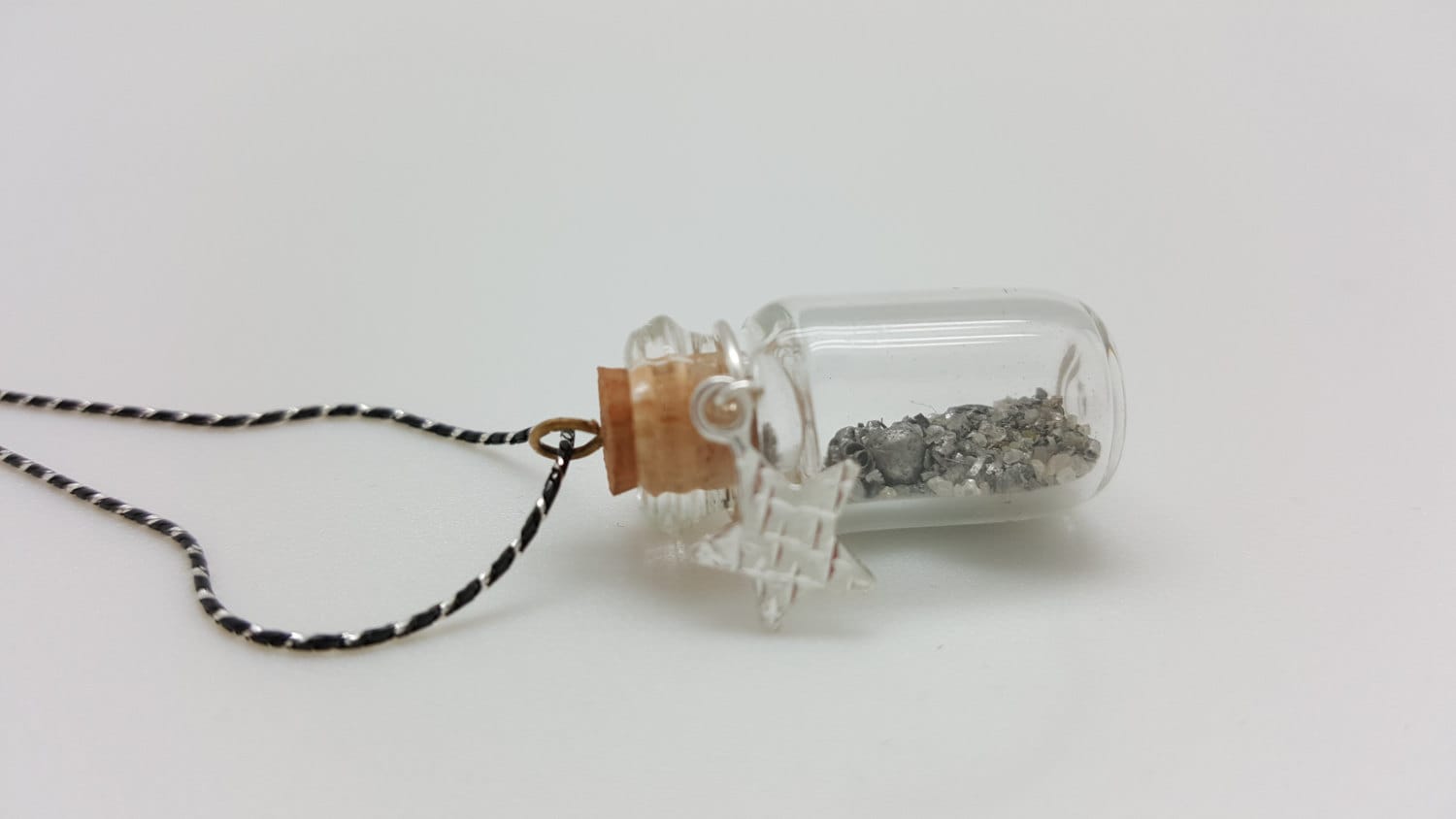 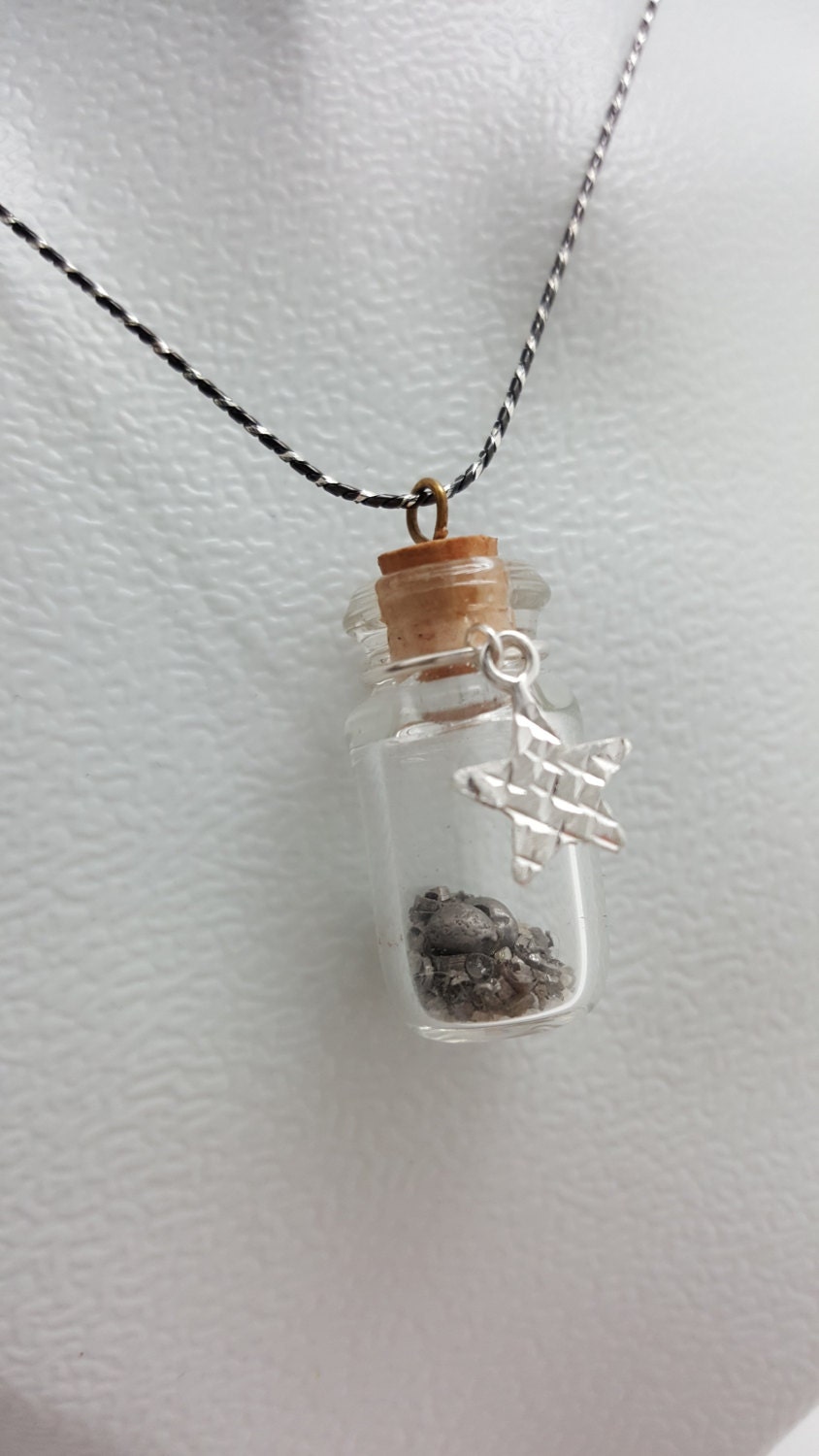 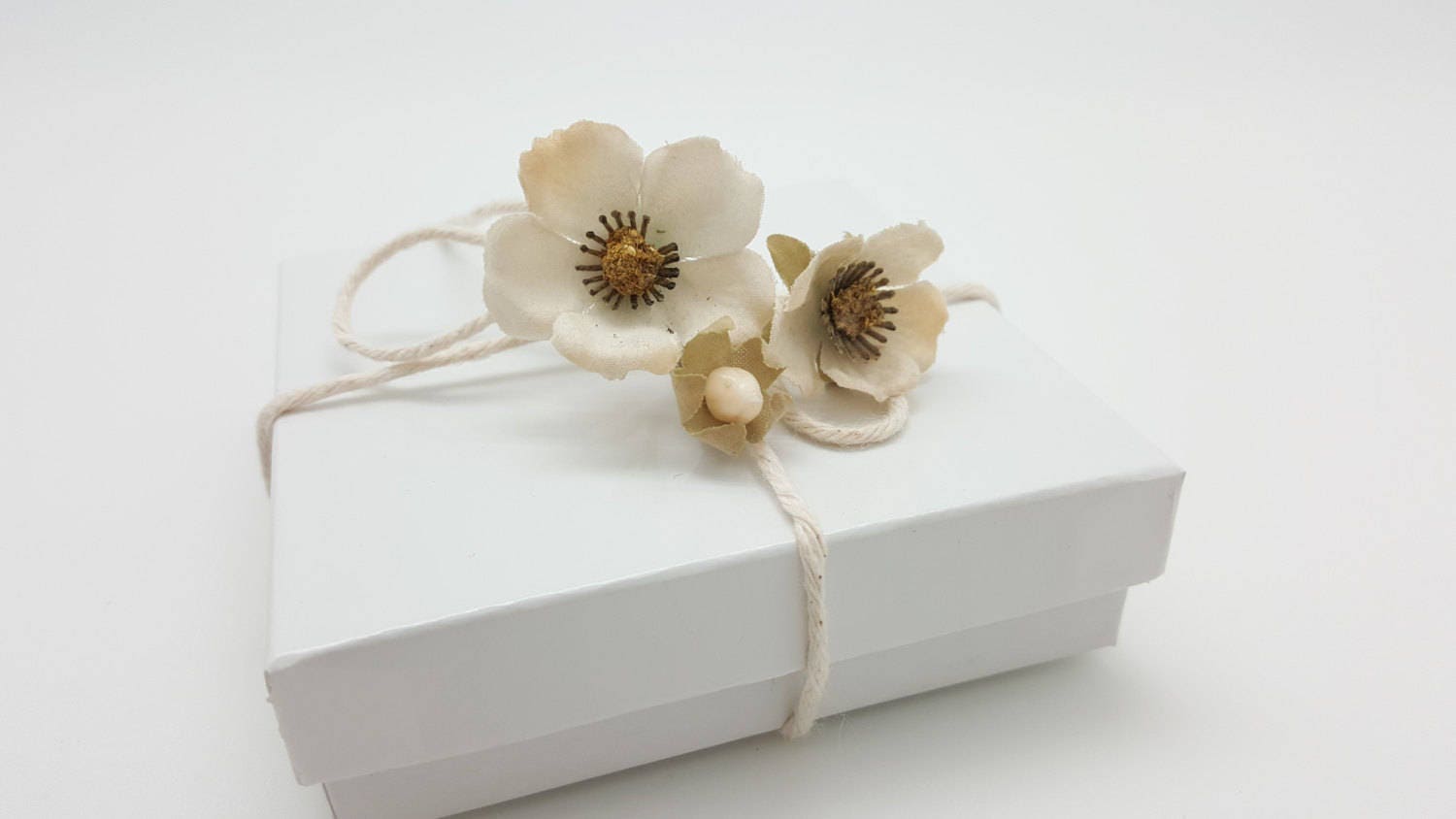 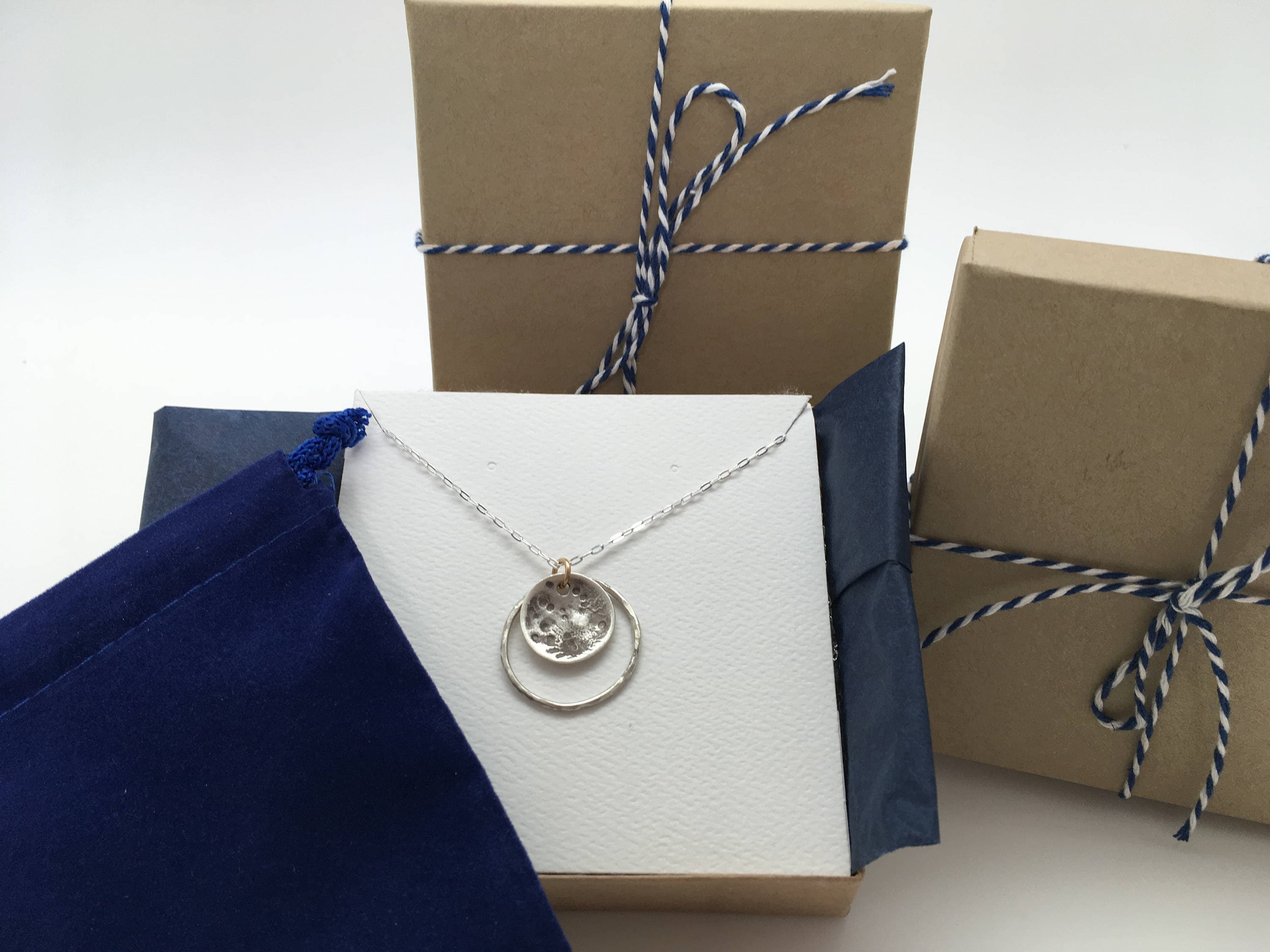 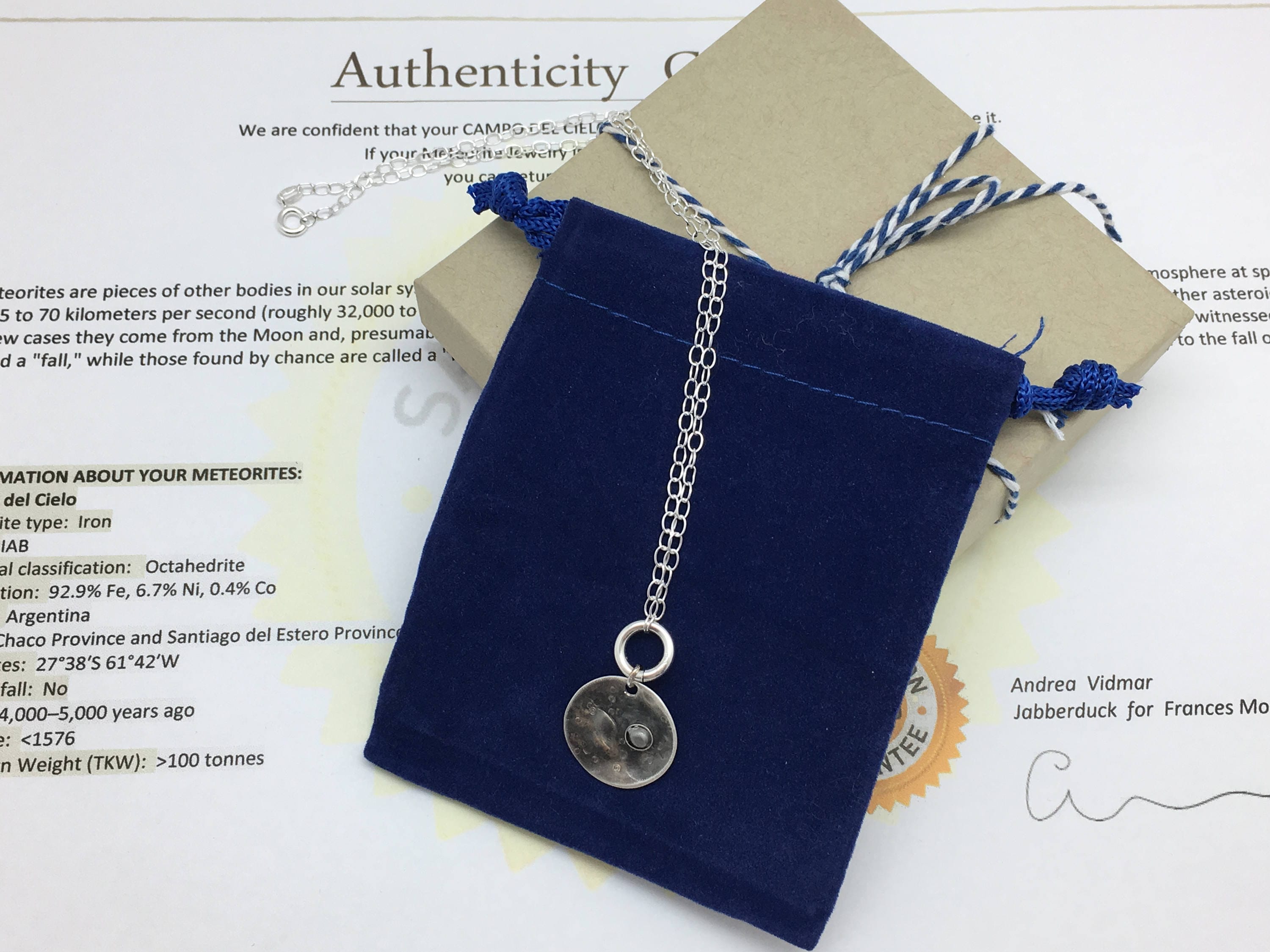 Geek gifts for her | Meteorite Bottle Necklace With Moon Dust

Meteorite Necklace with REAL Moon Dust, Meteorite and Raw Diamond Necklace is the closest you can get to giving the moon and the stars! This message in a bottle Necklace contains...

Meteorite Necklace arrives in gift box with velvet pouch and certificate of authenticity.

CAMPO DEL CIELO METEORITE
The spanish translation of Campo del Cielo is Field of Heaven. A "falling star" or a "shooting star" has nothing at all to do with a star! These amazing streaks of light you can sometimes see in the night sky are caused by tiny bits of dust and rock called meteoroids falling into the Earth's atmosphere and burning up. The short-lived trail of light the burning meteoroid produces is called a meteor. Meteors are commonly called falling stars or shooting stars. If any part of the meteoroid survives burning up and actually hits the Earth, that remaining bit is then called a meteorite.